2016 was the year that community solar became seriously cool — by which I mean it was widely embraced as a means to increase access to solar and its many benefits for utilities, consumers, solar developers and society in general. Certainly, the proliferation of programs and projects — aka, the community or shared solar boom […]

Minnesota: A case study on why solar policy matters

With its history of populist, progressive politics, it is probably less surprising than one might think that Minnesota has emerged as a solar market leader in the Midwest. Mike Taylor, SEPA’s former director of research, sees the state as a case study in the opportunities and challenges generated by policies aimed at expanding the solar market.

A $705,830 competitive award from the Department of Energy’s SunShot Initiative will allow the Solar Electric Power Association (SEPA) to launch a groundbreaking research initiative aimed at accelerating the spread of community solar energy programs across the country.

A spate of new reports on community solar highlight its increased potential as a flexible way to widen access to solar for both utilities and customers — and grow a new segment of the solar market.

The popularity of community solar continues to grow, despite the fact that in many cases, buying into a project may not provide immediate savings on customers’ electric bills. But that is starting to change, with the SolarPerks program in Massachusetts. With solar pricing still on a downward trend, should utilities be planning for community solar as a lower- or least-cost option?

Across the country, scores of electric cooperatives are turning to solar power, for largely pragmatic reasons — economics and customer choice. Recognizing the opportunity, co-op leaders are seeking and beginning to find active ways for their utilities to support and shape the growth of solar among their members, with community solar projects and other innovative business models.

Taking uncommon initiative: An inside look at the U.S. solar industry 2001-2017

I used to tell a joke when I would speak at a conference. “What do you call someone who has worked in the solar industry for one year?…An expert.” Cymbal crash. After 11 years with SEPA and 16 years in the solar industry, I will be leaving my current job on July 15. Inspired by […]

The text message popped up on Michelle Ozarowski’s phone at 6 a.m. in early July. “What do you think about going to 1.5 or 1.6 MW?” Ozarowski is Technical Project Manager at GenPro Energy Solutions, a solar developer and equipment provider with offices in South Dakota and Nebraska. The company has been working on a […]

Sizing the Community Solar Market: Getting to 31 GW and beyond

Many people are interested in community solar, but that doesn’t mean they will subscribe to a project in their area. A new SEPA report tackles this community solar conundrum.

The top 10 questions utilities have about community solar

In April, 75 community solar professionals gathered at a workshop where much of the discussion focused on the critical issues and decision points in the surprisingly complex and still evolving world of community solar. Patterns arose and these 10 questions were the most commonly asked.

On April 26, the Smart Electric Power Alliance (SEPA) will release the initial results of its 10th annual Utility Market Survey with the announcement of 2017’s Utility Solar Top 10 lists, honoring the utilities that put the most new solar capacity on the grid in 2016. Such anniversaries, by their very nature, are a time […]

Solar brings savings — and a community center — to low-income apartments in D.C.

I recently spent a day installing solar panels on the roof of a low-income housing development in a southeast neighborhood in Washington, D.C., sweating out the 90-degree heat and thinking about people who may not be able to afford to keep cool. According to a 2016 report from Energy Efficiency for All, low-income households pay […]

The utility-scale solar market, the segment that has led the dramatic growth of solar in the United States over the past few years, continued to expand in the fourth quarter of 2014, according to analysis conducted by the Solar Electric Power Association (SEPA). Beyond newly added solar capacity, we see signs of emerging markets for solar outside California and the Southwest, and some significant changes in the contractual structure of projects.

Community Solar Programs are Challenged and Sharpened by Competition

Community solar – also known as shared solar – is gaining traction as a vehicle to “bring solar to the masses” in significant, visible and diverse ways. It is a model for solar growth that is proving attractive to a variety of organizations, none more so than electric utilities.

If any doubts remain about the ability of renewable energy — wind and solar — to compete in energy markets purely on a bottom-line basis, Texas is now putting such uncertainty to rest. SEPA’s fact-finding mission to the Lone Star State digs into the details.

Two electric cooperatives, one defense contractor, a solar developer — and a whole lot of other people who had never talked or thought much about renewable energy — blew the roof off the solar market in Arkansas last year with a 12-megawatt (MW) project located near the small town of Camden. The story behind the […]

WASHINGTON, DC — The Solar Electric Power Association (SEPA) today announced that it has received a $705,830 competitive award from the Department of Energy’s SunShot Initiative for a first-of-its-kind project aimed at accelerating the spread of community solar energy programs across the country. The collaborative research project will draw on expertise from utilities, solar developers, […]

The Solar Electric Power Association (SEPA) announced today the selection of five new members to its Board of Directors and the reappointment of four members to serve an additional term. SEPA welcomes newly elected Board members Holly Gordon of Sunrun, Jurgen Krehnke of SMA Solar Technology AG, Lori Singleton of Salt River Project, and newly […]

Following a slow start to the year, utility-scale solar surged in the second quarter of 2015, and the pipeline continues to grow ahead of the investment tax credit step-down scheduled for 2017, according to research compiled by the Solar Electric Power Association.

Audi, APS and utilities’ role in getting more solar on the grid

If anyone still doubts the inevitability of solar power’s integration into the United States’ power supply, the Aug. 5 announcement of Audi’s plans to partner with SunPower to provide clean power for the German automaker’s new plug-in hybrid provides strong, evidence, if not all the proof needed.

While left off most year-end reviews, the approval of programs that will put two Arizona utilities in the rooftop solar business could be 2014’s watershed event. Rather than the potential setback for solar some advocates and installers fear, the programs that Arizona Public Service and Tucson Electric Power will launch this year could be a pivotal step toward much-needed new pricing models and technology for integrating more renewables onto the grid. 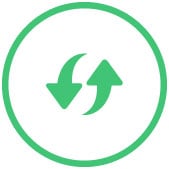