The Maryland legislature passed its first bill aimed at promoting community solar in the state in 2015 — with a goal of installing 200 megawatts (MW), about enough to power 40,000 homes.  By coincidence, 2015 was also the year the Smart Electric Power Alliance (SEPA) began work on a three-year grant from the U.S. Department of Energy, also intended to promote community solar across the country. The goal here was to help utilities and third-party developers streamline the time and money involved in launching community solar projects by finding replicable models and marketing strategies.

Three years in, and the Maryland Public Service Commission has only recently approved the state’s first community solar projects. Local concerns about the siting of these projects — for example, their impact on agricultural land — have been one of the obstacles. In addition, an estimated 2,600 subscribers will have to be found and enrolled before any of the six approved projects can start construction.

Meanwhile, SEPA’s Solar Market Pathways project also involved a significant learning curve.  After talking with a broad range of stakeholders, SEPA researchers discovered that finding a few basic community solar models was not a realistic goal. Any one project could involve too many local variables — from siting issues to consumer preferences to figuring out financing.

We also worked with a number of utilities, helping them take the first steps in designing community solar projects — some of which have been highly successful, while others have been put on hold due to other economic or social priorities.

The idea of community solar remains widely popular; our marketing surveys have found, almost uniformly, that most people are interested in such projects. But, the delays and challenges projects have encountered, in Maryland and elsewhere, underline the complexity of designing successful community solar programs, and the need for thoughtful advance research and planning.

As part of its Solar Market Pathways grant, SEPA has issued a series of free reports and case studies on community solar.

Further, community solar programs have evolved significantly since SEPA began its research. Today, developers have an expansive range of contracting, delivery and subscription strategies they can draw on to respond to unique local needs and concerns. Yet, amid this diversity, a set of industry best practices have emerged. Several of these key lessons are summarized below:

Community solar programs can provide solutions for a range of customers seeking access to solar — from low-income consumers, to those renting homes and apartments, to businesses looking to meet sustainability targets. Understanding these drivers up front can help program designers ensure such goals are met. Focusing in on one or more specific target markets not only makes program success more likely, it can also pave the way for expanded or additional offerings down the road.

Fremont, Nebraska’s municipal utility was able to design a program both for customers who wished to purchase individual solar panels and for those who were interested in only purchasing the power the panels generated. Hands-on customer service, multiple community outreach efforts and a seamless registration process all helped Fremont sell out their 1.55-megawatt (MW) farm in seven weeks.

Community solar, almost by definition, means embracing a collaborative design strategy that brings a wide range of stakeholders to the table, from utility and regulatory staff, to developers and local businesses, to customer and community advocates. This approach may result in some delays in the launch of new offerings, but in most cases the effort pays off in building local support for a project, securing final approvals and promoting the overall success of a  program.

Siting plays a key — but often overlooked — role in the  development of a community solar program, and may have significant impacts on both pricing and customer marketing. Getting appropriate buy-in on a project’s location early in the process will help avoid last-minute surprises and possible deal-killers, such as additional security requirements. In one case, in the Pacific Northwest, the unexpected addition of aesthetic covenants — in the form of extra, very expensive landscaping requirements — made a ready-to-launch program financially unfeasible, stopping it cold.

On the plus side, an effective siting strategy could target putting a community solar project on a distribution line where it can provide broader benefits to the grid, such as lowering congestion or deferring additional transmission investments. For example, Madison Gas and Electric built a community solar farm that also provided ancillary grid services, such as voltage regulation and frequency control.

More than one community solar program has been indefinitely shelved because planners have not fully understood the potential impacts such a project can have on a utility’s billing system, and the resulting changes that may be needed. Customer satisfaction and program success could hinge on the ability to seamlessly process and incorporate the terms of a community solar program into a utility’s system. Bringing this topic to the table early allows for appropriate planning timeframes or the development of alternative strategies.

Like any solar project, community solar involves capital investments that carry a certain level of financial risk for different stakeholders. In early programs, that risk was sometimes weighted toward one or more of the players. Either the utility or developer might be liable for losses if a project was not fully subscribed; or the customer absorbed the risk through high buy-in prices.

The breadth of community solar programs launched over the last years demonstrate the wide range of innovative solutions available to provide a more optimal balance of financial risk between different stakeholders. New subscription models offer subscribers the opportunity to take on more financial risk in return for lower rates. For example, partnership models in which commercial and industrial customers become “anchor” subscribers — contracting for a significant portion of the power from a project — allow for larger installations, economies of scale in pricing and less up-front risk for developers and utilities.

More opportunities for developers to participate as active program partners — such as, managing a project’s subscription process — are also demonstrating success in the marketplace. All of these approaches help lower the economic barriers for customer participation and help to ensure successful participation rates for a new program.

But to realize this type of growth, a continuing commitment to research and development will be needed. SEPA’s efforts will focus on three specific areas, including —

Exactly how community solar will evolve in the coming years remains an open question with many possible and intriguing answers. Certainly, the addition of storage to these projects is already being tested, as are community solar microgrids. One of the foundations of community solar — and successful projects — is their flexibility. The business model may be limited only by what any one community wants from a project, and its willingness to innovate.

NOTE: The information, data or work presented herein was funded in part by the Office of Energy Efficiency and Renewable Energy (EERE), U.S. Department of Energy, under Award Number DE-EE006909.  Neither the United States Government nor any agency thereof, nor any of their employees, makes any warranty, express or implied, or assumes any legal liability or responsibility for the accuracy, completeness or usefulness of any information, apparatus, product or process disclosed, or represents that its use would not infringe privately owned rights.  Reference herein to any specific commercial product, process or service by trade name, trademark, manufacturer or otherwise does not necessarily constitute or imply its endorsement, recommendation or favoring by the United States Government or any agency thereof. The views and opinions of authors expressed herein do not necessarily state or reflect those of the United States Government or any agency thereof. 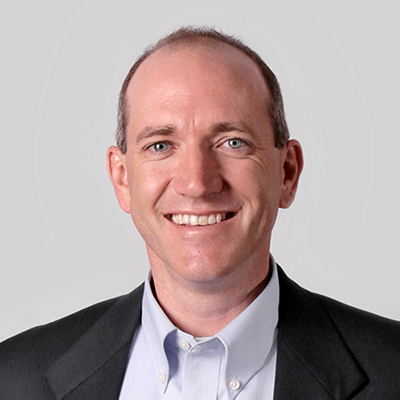 Chris joined SEPA in 2017. He is responsible for helping SEPA members define a variety of programs, strategies, and solutions for distributed energy resources supporting the advancement of clean energy and modernized grid. Chris has over 20 years of management consulting experience across electric utility and renewable energy industries. Chris has also provided strategic consulting services for state regulatory proceedings, complex stakeholder facilitation services, utility tariff review and energy storage initiatives for utilities throughout North America. Chris has a Bachelor of Science in Physics and Mathematics from Willamette University and a Master of Science in Building Systems Engineering from the University of Colorado.